In 2021 Arbonaut participated in a cycling challenge called Kilometrikisa. Over the years, Kilometrikisa has inspired companies such as Arbonaut, work communities, friends, and any teams around Finland to reduce their carbon footprint by cycling.

Did you know that every year Arbonaut participates in a cycling challenge called Kilometrikisa? Over the years, Kilometrikisa has inspired companies such as Arbonaut, work communities, friends, and any teams around Finland to reduce their carbon footprint by cycling and recording their kilometers or minutes. This year was no different as the team of twelve Arbonautees quickly assembled to take on the challenge. 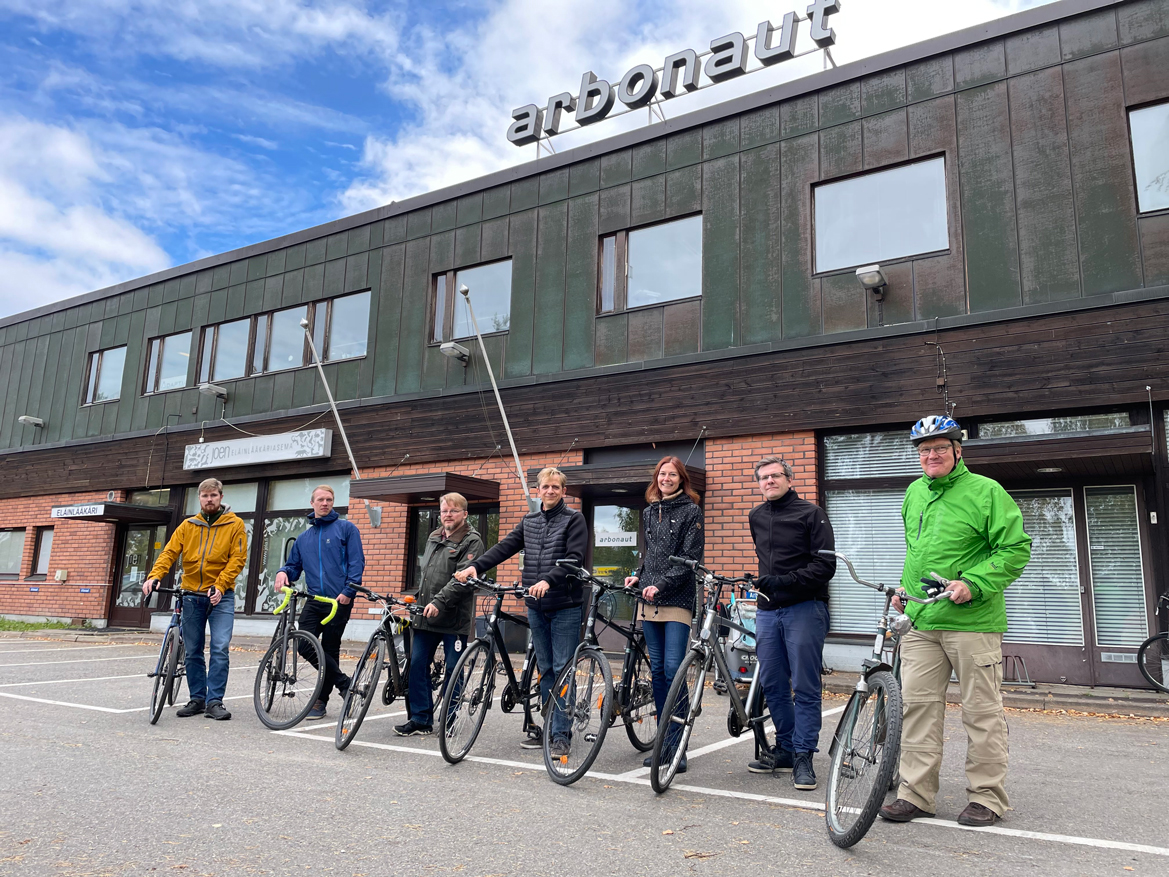 Team effort to contribute into fighting the climate change 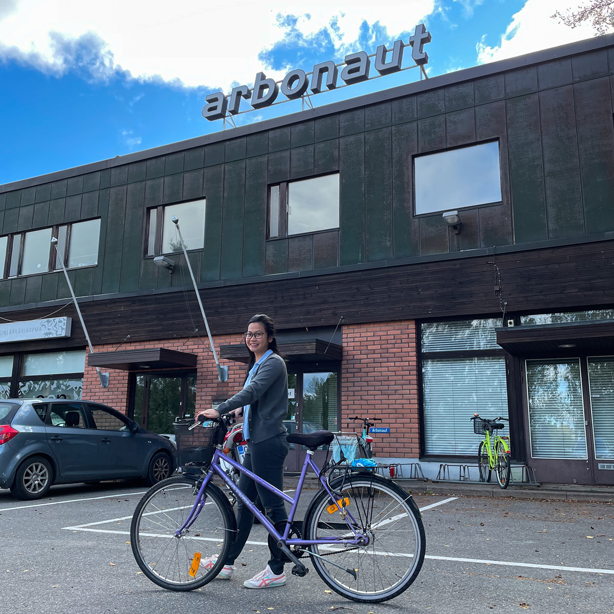 Choosing cycling and e-biking to telecommute to the office instead of driving a car, as many Arbonautees do every day throughout the year, makes a significant impact on personal carbon emissions. Our Trainee Priscillia Christiani biked to the office every day and was an active participant in Kilometrikisa this year. For Priscillia, this challenge motivated her to cycle more often than ever before: to lead healthier lifestyle, take a break from the daily routine, and follow her progress in saving the carbon emissions.

Together, twelve participants from Arbonaut saved almost 900 litres of gasoline and 2,232 kg of CO2 by cycling a total of 12,760 km within five months. Hopefully, the environmental and health benefits, as well as a team spirit will encourage more Arbonautees and teams around Finland to join this meaningful and fun Kilometrikisa challenge next year! 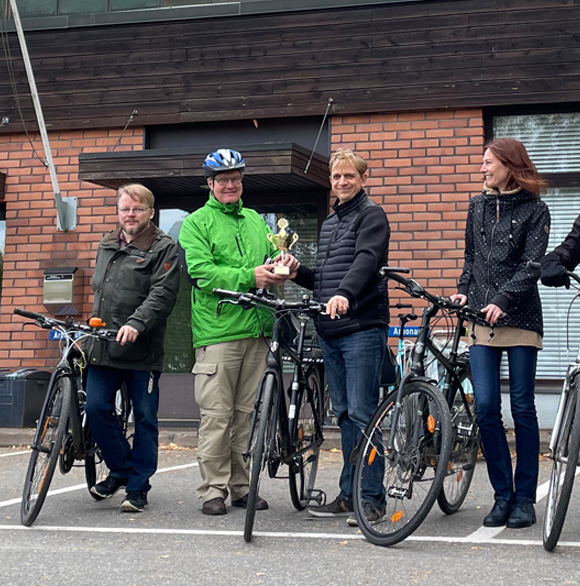 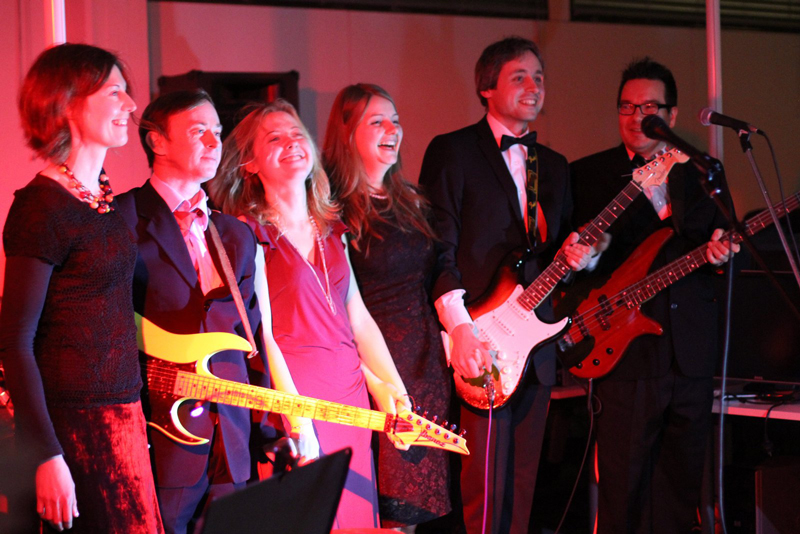 On the photo (from left to right): Katja Gunia, Alexey Voronov, Monika Machunik, Anna Eivazi, Martin Gunia, Juhani Saastamoinen
The trophy held by Alain Minguet bears the emblem "Arbonaut Champion". It is only on loan to Alain for this occasion, because it is permanently held in a Place of Honour at Arbonaut, in respect for the only True Arbonaut Champion, our sorely missed colleague Juhani Saastamoinen who passed away two years ago. Juhani was a lively spirit: ambitious in table tennis and work alike, talented musician and amateur electrician - and a key innovator in many Arbonaut tools like Data Fusion and ArboLiDAR. The photo on the right commemorates Arbonaut House Warming Party from 2012 where Juhani was the leader of the Arbonaut band playing James Bond themes to an enraptured audience! Juhani would have loved to participate in Kilometrikisa, too!